The Institute of Corporate Directors Malaysia (1239276-V) is a professional institution dedicated to enhancing the professionalism and effectiveness of corporate directors in Malaysia. Spearheaded by the Securities Commission Malaysia and supported by Bank Negara Malaysia, Bursa Malaysia and the Capital Market Development Fund, ICDM was officially launched on 1st October 2018.

To be a Centre of Excellence for the professional development of Directors.

To enhance board effectiveness and promote excellence in governance by strengthening the professionalism of Directors.

ICDM's goal is to promote good governance amongst boards of companies. We achieve this by:

Through all these, ICDM fulfils the role as the one-stop-centre for all board and director needs. 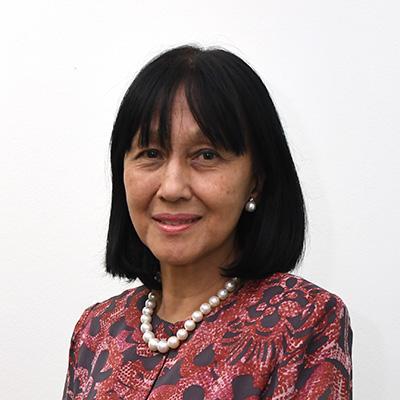 Tan Sri Zarinah brings with her legal, corporate and regulatory experience from the many years spent in the corporate sector and public service.

She is the former Chairman of the Securities Commission Malaysia (SC), a position she held for six years until her retirement in March 2012. She was before this, the SC’s Deputy Chief Executive from December 2001.

At the SC, Tan Sri Zarinah served as Vice Chairman of the Emerging Markets Committee of the International Organisation of Securities Commissions and served two terms as Chairman of the ASEAN Capital Markets Forum.

Under her leadership, the SC issued the Corporate Governance Blueprint 2011 which incorporated recommendations aimed at closing gaps, elevating standards and establishing a good corporate governance culture amongst public listed companies by encouraging the integration of principles, ethics and values into the decision making process of a business, as well as ensuring board diversity to promote inclusive growth.

Prior to joining the SC, Tan Sri Zarinah was Deputy Chairman of Shell Malaysia. She started her career in Shell in 1979 and spent 22 years with the Shell Group serving in various capacities across the company's business interests in Malaysia. She was a member of the boards of directors of several Shell entities in Malaysia as well as the Group's Global Diversity Council.

Tan Sri Zarinah is currently a member of the Boards of Trustee of the Razak School of Government, Yayasan Hasanah, Amanah Warisan Negara and the Jeffrey Cheah Foundation.

An advocate of gender diversity, Tan Sri Zarinah is a Founding Chairman of the 30% Club, Malaysia, a business campaign to help drive higher women representation in leadership positions and on corporate boards.

Tan Sri Zarinah is a Pro-Chancellor of Universiti Teknologi Mara (UiTM) and a member of the Board of Directors of University of Malaya.

Tan Sri Zarinah holds an LLB (Hons) from the University of Malaya. 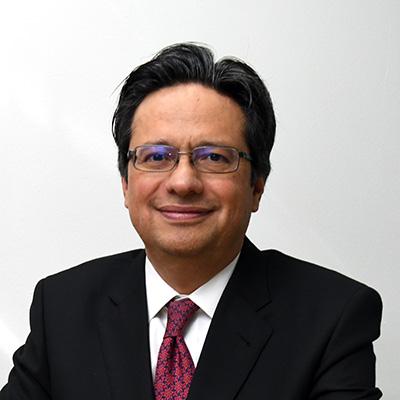 Board of Director, appointed on 8 January 2018

He is a former Executive Chairman of PwC Malaysia. He worked in auditing and advisory for 10 years in London, and for 20 years in Kuala Lumpur. He retired from PwC in 2012.

In the past, Dato’ Seri Johan has been a board member of a Bursa Malaysia-listed Malaysian banking group, a statutory body, a government pension fund, and a charity. He was the President of Malaysian Institute of Certified Public Accountants from 2011 to 2012. 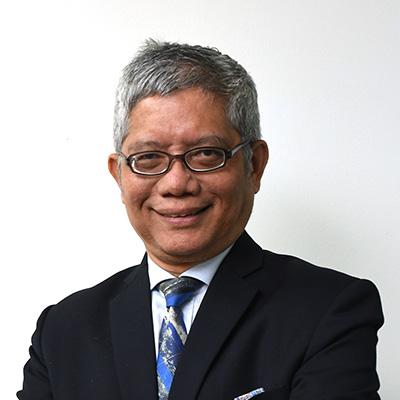 Board of Director, appointed on 5 September 2017

Dato' Azmi bin Mohd Ali has over 35 years of experience in corporate and commercial law, M&As, projects, energy, oil and gas. His skills and abilities have been recognized by numerous international publications including Asia Law Profiles, Asia Legal Business and Legal 500.

As the founder and Senior Partner of Azmi & Associates (with over 80 lawyers) since 2000, he has represented various companies in cross-border transactions involving companies from overseas.

Prior to founding Azmi & Associates, he worked with Petroliam Nasional Berhad (PETRONAS) as an in-house counsel for over 6 years.

Dato' Azmi holds a Bachelor of Law (LLB) degree with honours from University of Malaya and Masters degree (LLM) in United States and International Business Law from Suffolk University, Boston.

He sits on the Board of Directors of various organizations including S P Setia Berhad, Institute of Corporate Directors Malaysia (CLG), Worldwide Holdings Berhad, PNB Commercial Sdn Berhad, Terralex (the world's second largest law Independent Network) and is a member of Bursa Malaysia Appeals Committee. He is also a director of Putra Business School.

He has also served as a non-executive director for Sime Darby Berhad, Chemical Company of Malaysia Berhad, CCM Duopharma Biotech Berhad, Perbadanan Nasional Berhad (PNS) and as a member of Financial Reporting Foundation. 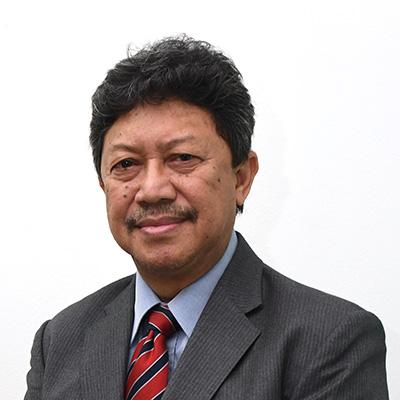 Dato’ Aziz brings with him decades of experience in business, corporate and Human Capital Development.

He was the first CEO of the Malaysian Directors Academy (MINDA), a position he held for 7 years, from 2009 to 2016. He was involved with developing and conducting director programmes and Board & Director Effectiveness Evaluation.

He was the Executive Vice-President of the HR Division in RHB Bank Berhad, from 2001 to 2004 and the Chief Human Capital Officer in Telekom Malaysia Berhad, from 2005 to 2009.

Dato’ Aziz spent 20 years in Shell Malaysia, holding senior positions in Internal & Computing Audit, Marketing Economics, Sales, Supply & Planning, and HR divisions. He oversaw Shell’s business interests in Hong Kong and China from the head office in London. Later, he was General Manager of HR and Transformation for ASEAN upon his return to Malaysia.

He currently sits on the boards of Affin Bank Berhad, ALKHAIR International Islamic Bank Malaysia Bhd and Merchant Trade Asia Bhd. He chairs the Nomination & Remuneration Committee of all these companies. He is also the Alternate Director at SOCSO, a Council Member at the Malaysian Employers Federation (MEF) and a member of the Resources Committee of Razak School of Government (RSOG).

He is the recipient of the National HR Leader Award in 2007 by the Human Resources Ministry and Malaysian Institute of HR Management. He is a regular international speaker invited by the World Bank Group and OECD to deliver talks on director and board effectiveness.

Dato’ Aziz holds a Bachelor of Economics (Hons) from University of Malaya. He is also an alumnus of the Royal Military College.

Board of Director, appointed on 5 September 2017

She is currently the Managing Director of the Property Development Division of Sunway Group and has been since 2015. She also serves as a member of the Employees’ Share Option Scheme Committee. Sarena is also a member of the reit manager for Sunway Real Estate Investment Trust.

Some of her earlier milestones include raising RM435 million under an asset-backed securitisation exercise for Sunway City Berhad in 2003 – a deal that saw reduction in the gearing for the company, enhanced earnings per share as well as expansion of its property development business, healthcare and others at a lower cost.

A strong advocate for human capital development and diversity in the workplace, Sarena led the charge to modernise Sunway's work culture, introducing best practices to encourage a more diverse, flexible and enriched workforce.

Sarena currently sits on the board at Sunway Berhad and Sunway REIT. Her directorships in other public companies include SunREIT Capital Berhad, SunREIT Unrated Bond Berhad and Sunway Lagoon Club Berhad. She is also a trustee on Yayasan Raja Muda Selangor.

Sarena was one of two CEOs awarded The Edge Malaysia Outstanding Property CEO Award in 2017, and has continued to lead Sunway Property to be amongst Malaysia’s Top Property Developer ranked by The Edge since 2014.

Sarena earned her Master of Business Administration from Melbourne Business School and has a Bachelor of Commerce Degree in Accounting and Finance from University of Western Australia. She is a member of CPA Australia and also a holder of the Capital Markets Services Representative's Licence (CMSRL). 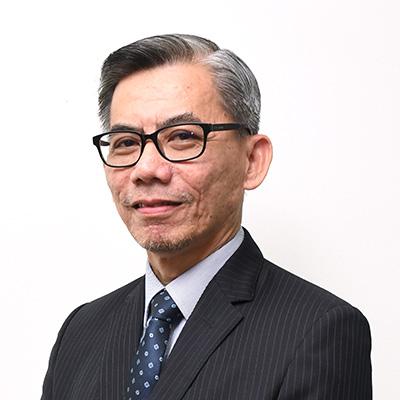 Salleh Hassan brings with him years of experience in corporate governance and professional education.

Salleh is currently the Director of Professional Standards & Qualifications with the Securities Industry Development Corporation. He oversees the initiatives and activities that lead towards strengthening the competency and capacity of professionals in the Malaysian capital market via the industry-wide competency framework (ICF), certification and qualification.

As the subject matter expert on corporate governance, Salleh also leads in the development of curriculum, courses and industry insights initiatives. He is involved in a project to develop the ASEAN Corporate Governance Scorecard and thereafter, is an assessor of the Malaysian, Philippines and Vietnamese listed companies against the Scorecard. He also serves as an Associate and as a member of the adjudication committee for the corporate governance award by the Minority Shareholders Watchdog Group (MSWG).

He also advises corporations in their efforts to cultivate corporate governance culture and to develop effective sustainability reporting. He speaks regularly at local and international platforms to directors and senior management of listed and unlisted companies on corporate governance.

He was the Deputy Director of the Nottingham University Business School (Malaysia) between 2005 and 2009. He had published papers on financial reporting, accounting policy choice and corporate governance/sustainability issues and presented them at international conferences.

Salleh obtained a Bachelor of Business (Hons) in Accounting & Finance and also a Master of Business (Accounting) from Edith Cowan University, Australia. 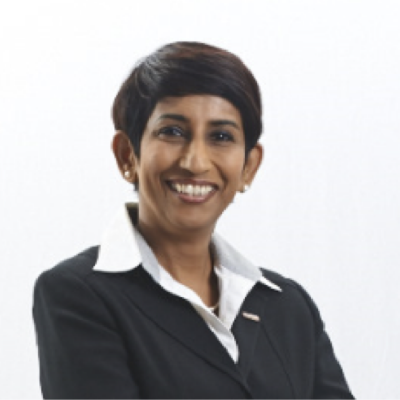 Maheswari brings with her more than 19 years of experience in compliance, regulatory, governance, ethics, fraud investigation and risk management functions from the commercial banking, investment banking, futures, securities, asset management and private equity industries. She also has more than 23 years of experience in company secretarial functions for a listed company.

Maheswari is currently the Executive Director and Group Chief Regulatory and Compliance Officer of Kenanga Investment Bank Berhad (‘KIBB’), a role that reports directly to the Board of Directors and has served in the position since November 2016. She is a Chartered Governance Professional and a Certified Fraud Examiner (‘CFE’) by the Association of Certified Fraud Examiner (‘ACFE’), United States. She is also a Fellow of the Institute of Chartered Secretaries and Administrators, United Kingdom as well as the Malaysian Association of the Institute of the Chartered Secretaries and Administrators (‘MAICSA’). 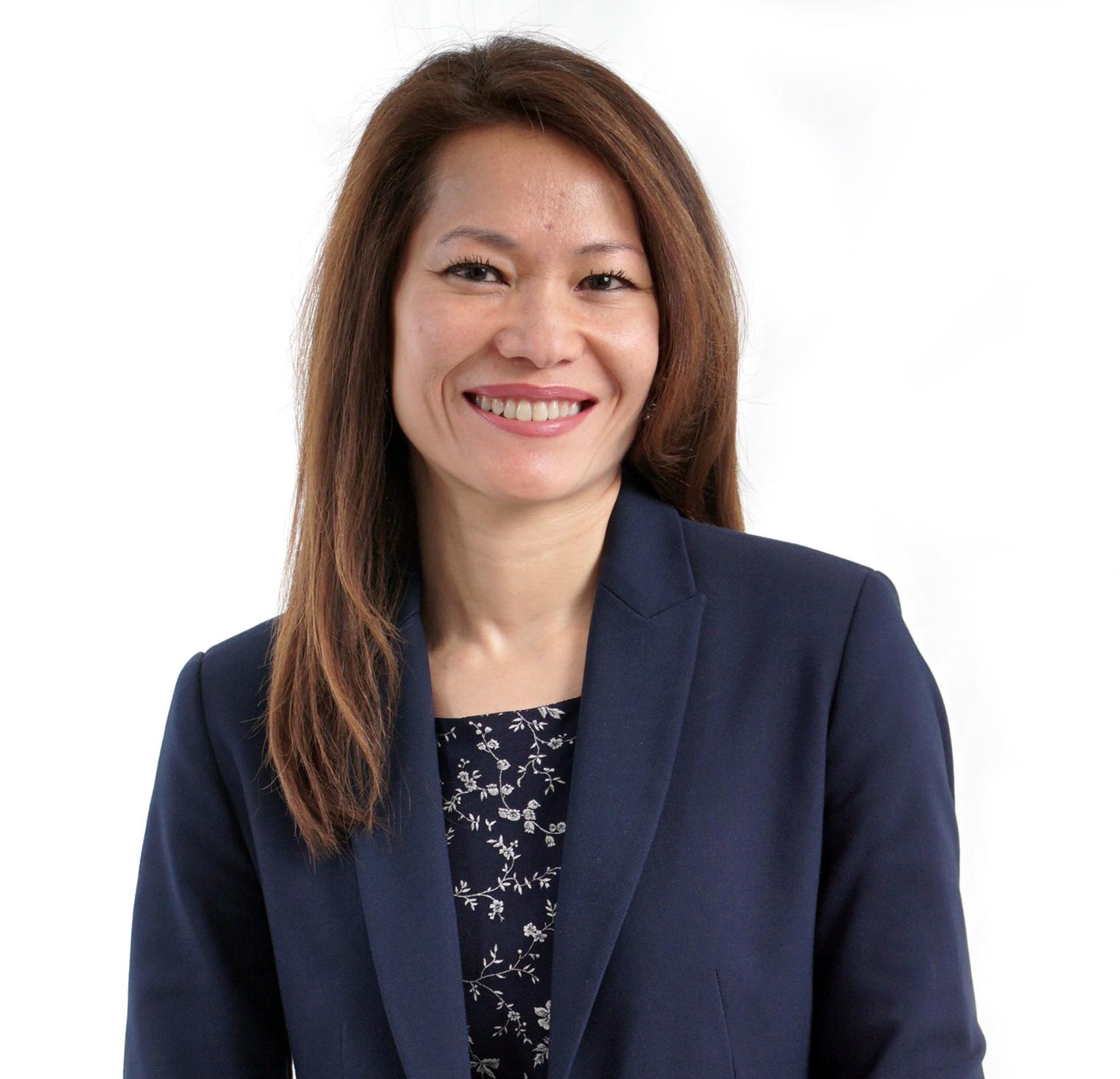 Michele brings with her leadership and advisory experience on a wide spectrum of corporate governance and boardroom matters that includes board, committees and director effectiveness evaluation, competency development needs, remuneration and succession planning, legal and compliance, and corporate performance. Her passion in developing high-performing people has been the driving force in making her a forward-looking leader in the corporate sector.

Michele was Group Head, Corporate Secretarial and General Counsel for the last five years with IHH Healthcare Berhad, one of the largest listed healthcare providers globally. She oversaw legal, corporate secretarial and governance functions across several jurisdictions such as Singapore, Turkey, India, Asia Pacific, North Asia and the CEEMENA region while keeping watch on local matters.

Some of the key areas she was instrumental on includes mergers and acquisitions, takeovers, joint ventures, corporate schemes, and operational matters. She was also on the Board of Directors on a subsidiary board and Chief Sustainability Officer in charge of sustainability reporting and practices for the Group.

Upon leaving legal practice at Shook Lin & Bok where she specialised in the areas of banking, commercial/corporate, land and tort, Michele joined Pengurusan Danaharta Nasional Bhd in 1998 until 2005 as Assistant General Manager in its Legal Affairs and Risk Division. Here she oversaw negotiations in project conception, acquisitions of syndicated/bilateral domestic and foreign loans, club deals, share sale agreements, and risk participation agreements.

Michele holds a LLB Hons degree from the University of Wales, Aberystwyth, UK (1991) and is a Barrister-at-Law at Middle Temple, London, England. She has been an advocate and solicitor of the High Court of Malaya since October 1993. She completed the Senior Management Development Programme of Harvard Business School in 2009, Professionalism in Directorship Programme by Malaysian Alliance of Corporate Directors (MACD) in 2012 and the NAM Institute for the Empowerment of Women (NIEW) Women Directors’ Training Programme in 2014. Michele is also a licensed company secretary.

Start your journey with ICDM today